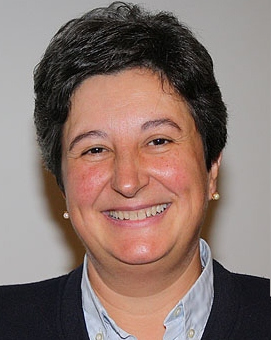 Margarita Bofarull Buñuel was born in Barcelona on the 2nd February 1961. She is a religious sister of the Society of the Sacred Heart, being the Provincial of the North of Spain region between 2005 and 2011. She was also Vice-President of CONFER from 2009 to 2013. Licenced in medicine and surgery by the University of Barcelona in 1985, she was later licenced in Theology by the Theological Faculty of Catalonia in 1992, and then awarded a Masters degree in Moral Theology by the same Faculty in 1994. She carried out postgraduate studies in Tropical Medicine completing the same in 1996.She worked in several emergency centres, hospitals, and Health Centres both Barcelona and Ayaviri (Perú). She is currently President of the Borja Institute of Bioethics (URL), and professor of Moral Theology at the Theological Faculty of Catalonai, and the Central-American José Simeón Cañas University (UCA) of El Salvador. She is a member of the General Commission of Bioethics of the Hospitalarian Order of Saint John of God. She is also a member of the Editorial Commission of the magazine “Labor Hospitalaria” where she is responsible for the sections on ethics and health. She is also President of the Ethical Committee (CEA) of the Maternal and Infant Hospital of Sant John of God in Esplugues (Barcelona). She is also a member of the Pontifical Academy for Life.